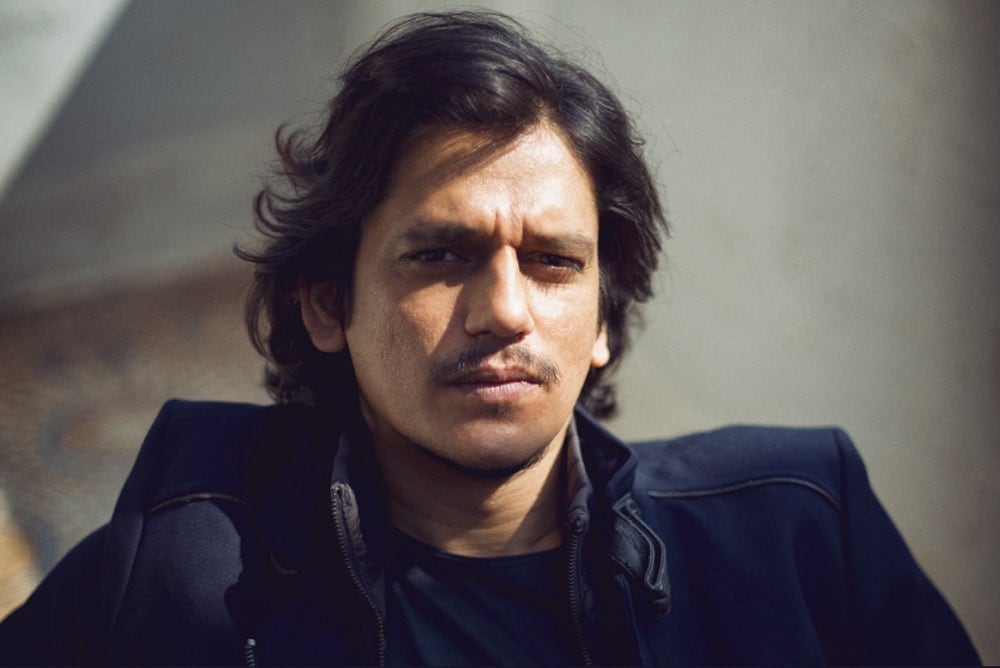 Vijay Varma, who played drug peddler with a golden heart, Moeen in Gully Boy, earned applause for his impressive performance, and since that breakthrough role in Zoya Akhtar’s film, his hands have been full with back-to-back projects.

From Akhtar’s short from Netflix’s horror anthology Ghost Stories, Tiger Shroff-led Baaghi 3, Imtiaz Ali’s digital debut She, to romantic drama Bamfaad, and the recent released Yaara, for the actor, who completes a decade in the Hindi film industry this year, is busier than ever. “It is just a coincidence that I have back-to-back releases. I worked a lot in the last few years. Gully Boy travelled so far and all the films that I shot before and after the film, somehow all of those have found a release in 2020. It has been a busy year in terms of releases,” says Varma, who travelled to Cannes for the world premiere of crime-thriller Monsoon Shootout, his first lead role, and only his second film, in 2013.

Continuing his hot streak, besides a pivotal part in Mira Nair’s A Suitable Boy, Varma plays lead role in writer-director Anand Gandhi’s web series opposite Radhika Apte. The sci-fi comedy is currently in the post production stage. According to Gandhi, the series questions the nature of our relationship with artificial intelligence in a funny way.

“Very soon you will see me as a leading man in a show that will probably capture everybody’s imagination,” says Varma. His other upcoming projects include, Hurdang (also featuring Nushrat Bharucha and Sunny Kaushal), based on real-life events of the 1990 student protests in Prayagraj (earlier Allahabad), and Reema Kagti’s web series Fallen, a crime thriller. Currently he is excited about his first international project A Suitable Boy, a television adaptation of Vikram Seth’s sprawling novel. He plays the supporting character of Rasheed, a student at Brahmpur University, the fictional town in which much of the novel is set. Rasheed also tutors Tasneem, sister of courtesan Saeeda Bai (played by Tabu), in Arabic.

“It was the most exciting news of my life when I found out that Mira Nair wanted to work with me after she saw me in Gully Boy. At that time she was at the casting stage of A Suitable Boy. We tried for two or three parts for the show which is an elaborate ensemble, and considering the age and other factors I was locked in for the part of Rasheed. It is a period drama based on a finest novel. It was an honour to work with Mira Nair who is so significantly present in the international scene right now. Once six episodes are aired on BBC it will be released on other platforms,” said Varma, whose fan following has been growing over the years.

Many of his admirers describe him as a young Irrfan Khan, who Varma is a huge fan of. “I always wanted to work with Irrfan sir and it remains an unfulfilled dream that I will carry with me. He used to recommend my name to producers even before I had done some major work. He had liked me in Pink. I remember when I was at the FTII (Film and Television Institute, Pune) he had come to Pune for the shoot of A Mighty Heart (2007), with Angelina Jolie. He came to the institute and paid a visit to the class. That was my first interaction with him, as a student.”

He continues, “Five years later we were at the film festival in Cannes. He had come with his film The Lunchbox and I had gone with Monsoon Shootout and we shared the same podium which was such an honour for me. Then, my third meeting with him was during the costume and hair and make-up trial for the older part of Yaara. He had come to meet Tigmanshu (Dhulia) and as soon as he was done he came to see my look and he also gave his inputs to the hair, make-up and costume team. That was the beauty of the man. He was not even part of the project but he was so invested in it. He considered me as one of his students.Two or three filmmakers told me that Irrfan has recommended my name for their films. I was very overwhelmed that he found me worthy. Later I was called for all his film premieres and shows.”

Varma was also seen in Baaghi 3, though not many could fathom why the critically acclaimed would choose this film, where, as it was felt, that his talent was wasted. When asked if it was important for him to be part of masala entertainers, Varma explains, “I didn’t do it as a strategy. I did it because I was enamoured by what Ahmed Khan told me and the vision that he had. I had not attempted the action genre before and I also liked the idea of creating humour in an action film. At the same time it was a completely new and different audience that I would be exposed to who may not come to watch Pink. But the fans of the franchise loved my character. After Pink, when I got severely typecast, I refused many films here and I worked in a Telugu film (2017 release MCA Middle Class Abbayi) and I have a very loyal audience out there as well. So, I would want to tap every kind of audience. I am very open to diversity in storytelling. I am not a flag-bearer of independent films. I feel I can belong to all kinds of stories. I want to be that actor.”

While Varma has made waves with his performances in films that released on the big screen in the recent past, he is quite excited about the digital platform as well and feels it is a blessing in times when theatres are shut. “It feels very strange because I have come from a theatre background where you get immediate response from the audience and so is the case with cinema where people are watching collectively and you know what is working, what is not. Whether people are fidgety, and at the same time when they applaud and seeti maro, clap..that gives you a great high. It is something that is irreplaceable and that I completely understand. But the fact is that right now, on the social media people send me recordings of what they are watching, which is very personal, and at the same time the number of people that speak about you organically is also very interesting because it is such a personal way of telling me that they are appreciating my work. Sometimes, thousands of people from different parts of the world reach out to me and I feel it is still working beautifully. It is so immediate and fast. We don’t know when theatres will open and it is great that we are able to provide entertainment and engagement to people or else we would have been bereft of entertainment in these difficult times. It is such a blessing.”

His journey to recognition has been long and hard, and talking about the roadblocks in his early days, he says, “The biggest struggle for me in the first few years was to just to find the name and face together. Recognition is very important. I had done bit roles here and there and people couldn’t register who you are. My first release was in 2012 (Chittagong) that went on to win two National Awards but nobody knew me. But now that struggle has come to an end. Sometimes it is also the fate of the film and not because I am an outsider that creates a roadblock, for instance Yaara has taken a long time to release.”

While the actor understands that certain filmmakers as well as the audience may have a very strong opinion about the looks or charm of the leading man, he believes that some of the capable actors in present times have managed to break the stereotypes and have been successful at replacing formulaic films with good quality watch. “But, of course, there are actors, who, with their body of work have found resounding success and I would never compare myself with the legends out there. But right now the way people are consuming shows across the world, I can say that we are in a good space artistically. That is victory of the art form because we are raising standards.”